Without legal protection prior to 2007

Avala, the northernmost mountain of Šumadija region, is distinguished in the wider Belgrade area for its height of 506 m. The contemporary elongated domelike structure of this mountain has been obtained by a combination of tectonic movements - folds and magmatic emplacement - the laccoliths, but also by the effects of abrasive and erosive processes. It is built of the oldest rocks around Belgrade, serpentinites, and flysch (Avala flysch). It is the only cinnabar bed in Serbia. It is also known for mineral deposits since ancient and pre-ancient times and today there are numerous remains of mining activities. There are numerous monuments on Avala, which are related to the history of Serbian people, such as the Monument to the Unknown Hero (a cultural monument of exceptional importance), the Monument to Vasa Čarapić or the Monument to the memory of the Russian military delegation.
The mountain is characterized by a diverse and specific pedological structure and favorable climate. It is extremely rich in vegetation and floristic elements. There are the phytocoenoses with about 597 plant species, which can be classified into three classes, 86 families and 317 genera, which is almost 1/6 of the species, about 1/2 of genera and 1/2 of the families in the entire flora of Serbia.
A large number of plant species, such as Laburnum anagyroides Medik. (common laburnum), Lilium martagon L. (martagon lily), Prunus laurocerasus L. (cherry laurel), Ilex aquifolium L. (common holly) and others are protected as natural rarities. A large number of medicinal plant species Ruscus aculeatus (butcher's-broom), Origanum vulgare (oregano), Orchis morio (green-winged orchid), Atropa belladonna (belladonna) and others are subject to the control of use and trade therein. Almost 70% of the total area is overgrown with forests of the highland region of oak and beech habitats, and represented by forest communities of Hungarian oak and Turkey oak with butcher's-broom, the communities of sessile oak and hornbeam, sessile oak and South European flowering ash, mountain beech and others.
Numerous bird species occur in oak, premontane and beech forests. The most important are Falco tinnunculus (common kestrel), Strix aluco (brown owl), Otus scops (European scops owl), Sitta europaea (wood nuthatch), Dryobates major (great spotted woodpecker), Buteo buteo (common buzzard) and others. The flora of Avala is dominated by the species from the Asteraceae family with its 40 genera and 74 species, both in Serbia and in Europe. The most numerous genera of this family are: Centaurea, Hieracium and Inula. Butterflies (Fabaceae) consist of 18 genera and 57 species, with the most numerous genera: Vicia, Latyrus and Trifolium.
In addition to the species of this family, species from the linden family (Tiliaceae), hazel (Corylaceae), elm (Ulmaceae), maple (Aceraceae) and others also play an important compositional and edifying role. Some families include significant medicinal plants (Hypericaceae, Malvaceae, Primulaceae, Gentianaceae and others). Of the total Avala flora, 15% are recognized and known medicinal plants.
In addition to the floristic diversity, the Avala flora is characterized by the diversity of life forms and their balanced coexistence in plant communities and ecosystems, which is a characteristic of a well-conserved environment and nature in general. 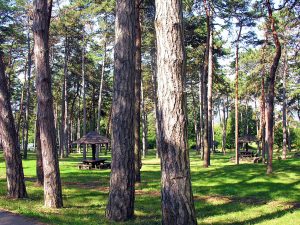 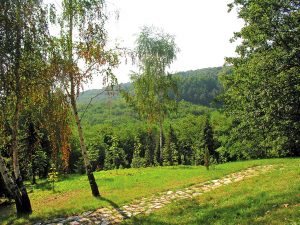 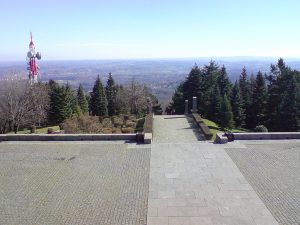 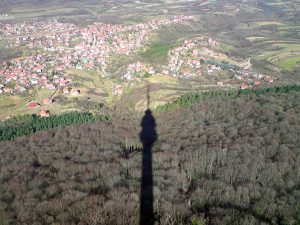