The area of the "Đerdap" National Park extends within the municipalities of Golubac, Majdanpek and Kladovo.

National Park Đerdap is located in northeastern Serbia, on the border with Romania. The Park was first protected in 1974.
The most striking relief and recognition feature of this national park is the grand Đerdap gorge, the longest and largest gorge in Europe. The Đerdap gorge consists of four smaller gorges and three valleys that alternate almost 100 km in length.
The most beautiful of the smaller gorges is Veliki kazan. In this part of the stream, the mighty Danube is wedged between steep, often vertical cliffs rising up to several hundred meters above the river, the width of which does not exceed 170 m. This is where the Danube is the deepest. The depth of 90 m, which has been measured in one of the giant potholes, is one of the largest river depths in the world. The beauty of the Veliki kazan leaves a unique impression on each visitor, whether viewed from the river or from the edge above the river. It is only here that one can see in a striking way what Đerdap (Iron Gate) was named after.
The southern hinterland of the gorge is divided by the erosive impact of a number of right tributaries of the Danube. With its attractive and dynamic morphology, the Boljetinska river canyon stands out in particular. The canyon is significant as a site of geo-heritage because it reveals the complete geological history of this part of Europe, from the Paleozoic to the Cenozoic. By its beauty, this geological profile is one of the most representative ones in Serbia.
Due to its great length and depth, various geographical aspects, the variety of relief forms and sheltered habitats with specific microclimate, the Đerdap gorge is one of the most significant refugia of ancient flora and fauna of Europe.
The area of this national park is home to over 1100 plant species. Among other numerous species, the tertiary relics, such as the Turkish hazel (Corylus colurna), walnut (Juglans regia), common lilac (Syringa vulgaris), common yew (Taxus baccata), silver linden (Tilia argentea), Caucasian linden (Tilia caucasia), Balkan maple (Acer intermedium), pubescent oak (Quercus pubescens) or common holly (Ilex aquifolium), are symbols of the Đerdap gorge. Of special importance here is Tulipa hungarica to which Đerdap gorge is the only habitat in the world.
The richness of the flora caused the rich vegetation, especially the forest vegetation. Within the large forest complex, over 50 mixed forest and shrub communities have been described, of which 35 communities have relict character.
The National Park is a habitat to more than 150 species of birds. For example, the golden eagle(Aquila chrysaetos), the short-toed snake eagle (Circaetus gallicus) and the white-tailed eagle (Haliaeetus albicilla), as well as the black stork (Ciconia nigra), grey heron (Ardea cinerea) and many other species are present here.
The mammal fauna is also diverse and numerous. The most attractive species are otter (Lutra lutra), brown bear (Ursus arctos), lynx (Lynx lynx), golden jackal (Canis aureus), wild boar (Sus scrofa), deer (Cervus elaphus), roe deer (Capreolus capreolus) and chamois (Rupicapra rupicapra).
Đerdap is distinguished by its unique and significant monumental heritage. The most significant, of course, is Lepenski Vir. During systematic archaeological research at the Danube terrace, on the right bank, remains of an unknown prehistoric culture were found, which caused a real sensation in archeological circles. A settlement with sacral structures of specific construction and form, with sculptures made of giant rounded stones depicting the mysterious fish-like creatures, the age of which was estimated at sometime between 7000 and 6000 BC, has proved one of the most complex cultures of prehistory.
In the narrow amphitheater-shaped river valley, the oldest European urban structures, objects of sacral architecture and monumental sculptures had been created.
The time when Roman limes, that is a chain of fortifications, was formed along the Danube, is testified by the remains of a road cut into a rock during the reign of Emperor Trajan. The grandiose endeavor of the Romans is still testified by the well-known Trajan's Plaque (Tabula Traiana).
One of the most picturesque scenes can be viewed at the entrance to the gorge itself. At the point where the Danube narrows sharply, on the steep cliffs stands the medieval fortified town of Golubac with an impressive cascade of defensive towers and reinforcements. This is one of the most beautiful and most important Danube fortresses of medieval Serbia.

National Park "Đerdap" was designated in order to conserve the following: 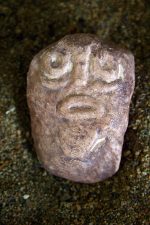 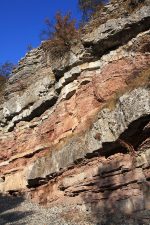 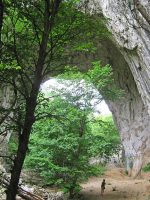 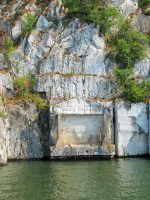