"…then same parts of the earth as a whole are not always sea, nor always mainland, but in the course of time they all change ". Aristotle Geological and paleontological research, which had been intensively carried out for more than a century, has revealed a large number of palaeontological sites with fossil remains of plants and animals on the territory of Serbia. These sites are characterized by a wealth of fossils that existed over a wide geological time span of more than 600 million years. The diversity and the number of fossilized organisms are conditioned by the very complex geological structure of the Earth's crust segment on the territory of ​​today's Serbia, the position, shape and composition of which have constantly been changing for tens and hundreds of millions of years. At the time of Tethys Ocean during much of the Mesozoic Era, some 200-300 million years ago, some areas on the territory of Serbia were distant and more than thousands of kilometers away. The large-scale geodynamic movements, especially in the last 60 million years, primarily the movements which caused the shortening of terrain, the ground shrinkage, the subduction, and others, have also caused the situation that the very diverse creations of the ocean bottom and seabed, of the island archipelagos, the shallow sea, as well as the true continental creations, are nowadays deposited in layers on top of each other or beside each other within the mountain ranges and other forms of relief. All environments had their own specific plant and animal forms whose fossil remains, together with other products of the depositional environments, are now found in sediments in a number of sites throughout Serbia.

This is best proven by modern facts showing that in the direction northeast-southwest, from Đerdap to the border with Montenegro, in the complex geological structure, exist the following formations:
• Intra-oceanic carbonate platforms - earlier parts of Africa
• Creations of a spacious deep bottom of the great Tethys Ocean with the remains of numerous archipelagos
• The shallow sea creations of the northern circumference of Tethys Ocean in alternation with the truly continental deposits of the European continent.

The consequence of these dynamic changes in the Earth's crust is that our terrains today store the abundance of various palaeontological items which, in their diversity and richness, make up a unique geoheritage that is significant in global terms and very rare considering such a small area of its occurrence. 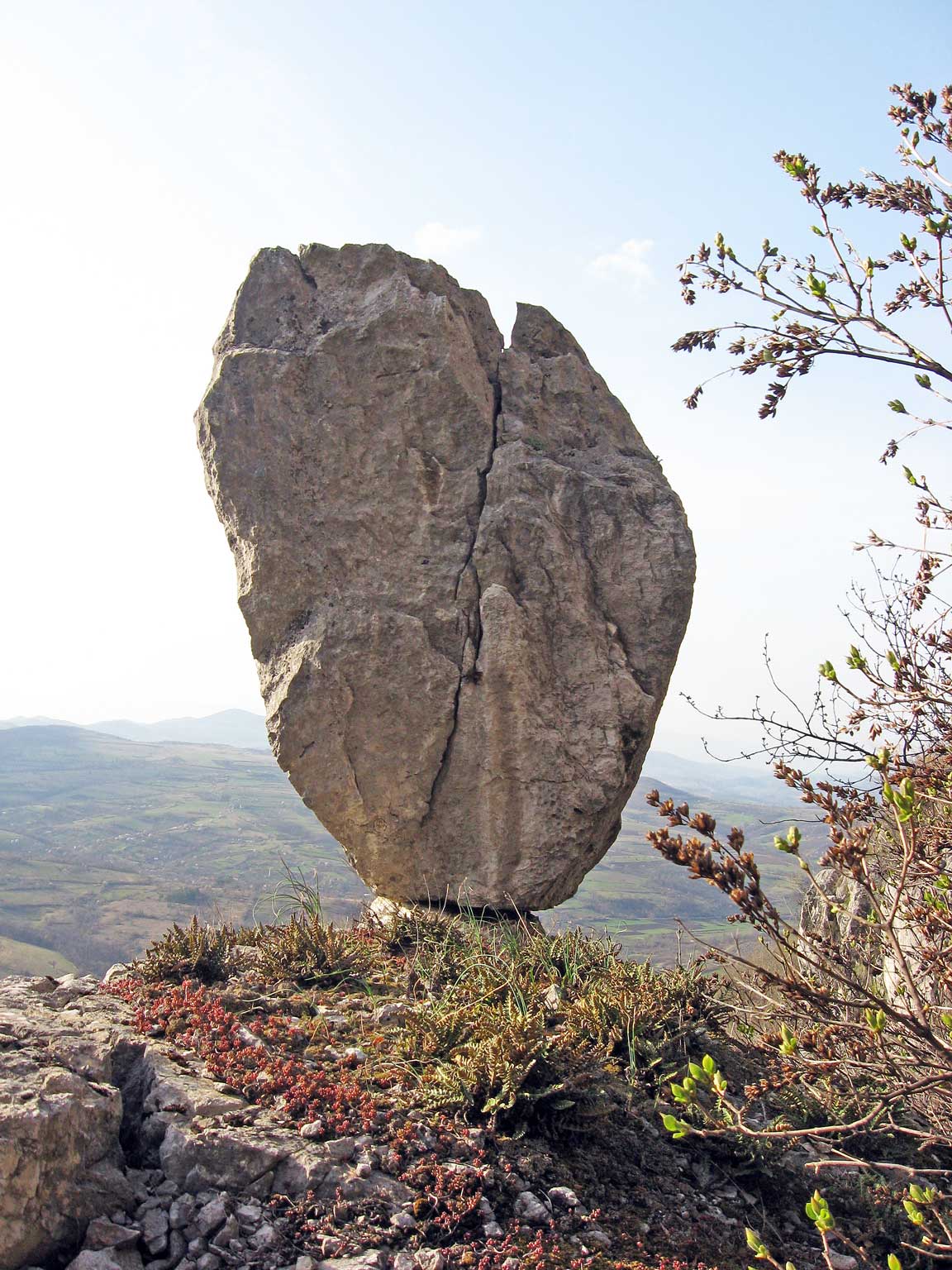