Speleological sites, in terms of their narrow definition, refer to caves and pits as underground forms of relief created by the karst process.
Caves are defined as horizontal and subhorizontal underground channels.
Pits are defined as vertical and subvertical channels.
Worldwide (in the English speaking countries) the unique term "caves" has long been accepted both for pits and caves.

Besides the morphology of underground channels, these sites are especially interesting, attractive, intriguing and, certainly, scientifically significant also due to the presence of water, accumulation forms - cave speleothems and various life forms.

The karst process is a specific exogenous geomorphological process which, besides the effects on the surface, due to the impact of dissolving process descends below the surface of the earth thus creating specific and attractive underground forms of relief. Karst as a multidisciplinary phenomenon provides a high diversity, both of phenomena and processes in which underground forms of relief are formed and developed.

About 10% of the territory of Serbia consists of karst terrains, that is, terrains built of carbonate rocks which are a good basis for the development of karstification process and for the formation of a karst relief, both surface and underground. On these terrains a large number of underground relief forms - speleological sites were formed and developed.

The Inventory of Serbian Geoheritage Sites (2005), within the group titled Speleological sites lists 80 sites, of which 56 are caves, 10 pits and 14 swallow holes.

37 sites have been protected so far, and recently the act on protection of a new speleological site, a pit Tupižnička ledenica on the Tupižnica Mt, Knjažavac municipality, has been adopted.

The Institute for Nature Conservation of Serbia has implemented the project topic "Biospeleological Research of Serbia" in two cycles, in the period from 1999-2004 and 2005-2010. These research activities covered over a hundred speleological sites, and as a result, a large number of species of troglofauna were found, including a large number of relict species, endemics, stenoendemics, new species both for the fauna of Serbia and the world science.

In addition, Monument of nature "Cerjanska cave" was the subject of research in the five-year period (2011-2015), when the expert associates of the Institute conducted complex and multidisciplinary research on a large scale, and as a result, a book titled "Natural Monument Cerjanska Pećina: surroundings, natural history and protection" was published.

Currently, the restoration of three caves is in progress, of which Hadži-Prodanova is expected to open for tourist visits this season. 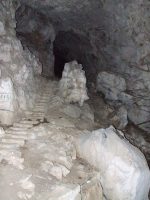 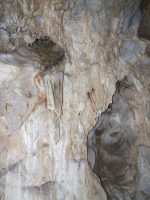 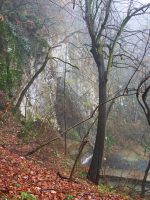 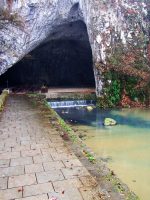 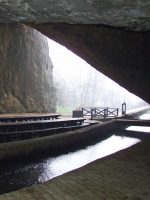