Stara planina mountain has been protected in order to conserve, in the interest of science, education and promotion of culture and sustainable economic and demographic development, the exceptional value of the plant and animal life, places expressing the exceptional geological diversity of the area, such as certain forms of relief, special phenomena of surface and groundwaters and rock formations that are structurally, paleontologically, stratigraphically and mineralogically significant, the beauty and diversity of landscapes, the cultural values represented by medieval monasteries and other immovable cultural property, objects of folks architecture, traditional tools, occupations and customs of the local population.

Stara planina is located in eastern Serbia, on the border with Bulgaria, and is part of the vast Balkan massif. As a morphological entity it is bounded by the valleys of Beli and Trgoviški Timok, and Visočica, and to the east by the state border.

This nature park is a treasure of sediments of different ages, from Paleozoic to Cenozoic, faunistically and floristically documented, due to which the profiles or entire zones representing geo-heritage of universal value have been distinguished. The relief of the area is extremely morpho-hydrologically intersected, whereby numerous mountain streams enrich the landscape features. The Bigar creek valley, the Temštica meanders, the Midžor and Babin zub are the prominent sites here. The most powerful spring on Stara planina is Jelovica spring, which has the appearance of an "eye" formed in a small basin.

The presence of about 1190 plant species, which accounts for 34 percent of Serbia's total flora, has been identified on Stara planina. In addition, Stara planina is one of the major centers of tertiary and glacial endemic relict species. Specific species of the Stara planina mountain are, for example, bellflower (Campanula calyciliata), the local endemite of this massif, and Pančić's ragwort (Senecio pancicii), the central Balkan endemite in Serbia present only on Stara planina. Of the diverse forest and herbaceous communities of particular interest are the communities of mountain peat bogs on the Jabučko ravnište, Babin zub and in the area of Arbinje.

There are also numerous animal groups that enrich and beautify this mountain. Research has identified 116 species of prime butterflies, 18 species of amphibians and reptiles, 203 species of birds and more than 30 species of mammals. Stara planina is, for example, the main habitat of the long-legged buzzard (Buteo rufinus) and Eurasian skylark (Alauda arvensis) in Serbia, the main habitat of Eurasian woodcock (Scolopax rusticola) in eastern Serbia and the habitat of the endemic Balkan subspecies of horned lark (Eremophila alpestris balcanica).

The peculiarity of the area is reflected in the extraordinary wealth of cultural and historical monuments dating back to the pre-Christian period until the 19th century, among which many Serbian Orthodox churches are distinguished for their beauty. 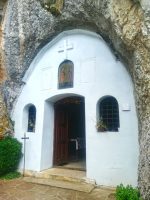 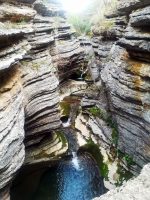