In 2020, the Institute for Nature Conservation of Serbia realized important tasks in the field of nature conservation, which were performed in accordance with the epidemiological situation in the country and the world, as well as with all prescribed health measures, and harmonized with the strategy of the Government of Serbia. Significant progress has also been made in the protection, conservation and sustainable development of natural areas and resources in Serbia, as well as in improving cooperation with international organizations dealing with nature conservation.

The Director of the Institute, Aleksandar Dragišić, M.A. points out that "in 2020 strategic state goals in the field of nature conservation were realized, such as increasing the number of protected areas, and thus the total area under protection in our country. By the end of 2020, a total of 471 natural areas were protected in Serbia. The total protected area is now 678,237 ha, which represents 7.66% of the territory of Serbia. The protected area in 2020, with the new designations, was 400 hectares, by designating the following protected areas: Special Nature Reserve "Osredak", Strict Nature Reserve "Kalenić" and Monument of Nature "Tunelska pećina prerast u kanjonu Zamne" (Tunnel Cave in the Zamna river canyon).

"To increase the area under protection, of special importance was the initiation of designation of a protected area that is characterized by the highest quality of nature and that has the characteristics of wilderness with the highest forest cover according to world standards, Nature Park "Kučaj-Beljanica". The initiation of the process was based on the expert proposal and study, which were drafted by the associates of the Institute for Nature Conservation of Serbia. Part of the process included posting of the information regarding this process on the website of the Ministry of Environmental Protection", said the Director of the Institute, Aleksandar Dragišić.

For the needs of drafting studies regarding new areas under protection, the Institute has carried out research in the area of Gornjačka klisura gorge, the Valley of Veliki Rzav river and the Memorial Park in Čačak. While in order to conduct revision of the existing protected area, research was carried out in order to valorize the Nature Park "Stara Planina", which would be territorially expanded according to the collected data and research results, and protection regimes of certain parts of the protected area changed in order to harmonize the conservation objectives with development capacities and needs of local communities.

Activities on the conservation of natural resources have also been realized in the course of expert supervision of 16 protected areas.v In the field of research, monitoring and conservation of biodiversity, the continued engagement in the establishment of the ecological network on the territory of the Republic of Serbia and the establishment of the ecological network of the European Union Natura 2000, as part of the ecological network of the Republic of Serbia, was especially important. These researches were improved by establishing an application for collecting data from the field, while a special segment in the work of the Institute was taking over and taking care of strictly protected and protected species, as well as intervention measures in cooperation with the Republic Environmental Inspectorate of the Ministry of Environmental Protection.

Activities on the protection of various endangered species were also influenced by the adoption of the Order on conditionally prohibited flight zones LY R10 Uvac, LY R11 Trešnjica and LY R12 Mileševka of the Civil Aviation Directorate of the Republic of Serbia. The Order was passed with the consent of the Ministry of Defense and the Ministry of Internal Affairs of the Republic of Serbia. This Order determines conditionally prohibited flight zones in the habitats of griffon vultures in the Special Nature Reserves "Uvac", "Trešnjica river gorge" and "Mileševka river gorge".

In 2020, Đerdap area became the first area in Serbia that has been included in the World Geoparks Network and at the same time Đerdap became the eleventh internationally important wetland (Ramsar site) in Serbia. Of special importance was the nomination of five beech reserves in Serbia within the World Natural Heritage for the extension of the property called "Ancient and primeval beech forests of the Carpathians and other regions of Europe". These reserves are located in Serbia in the national parks "Fruška Gora" (Papratski do and Ravne), "Tara" (reserves Zvijezda and Rača) and "Kopaonik" (reserve Kozje stene). The activities related to the Man and the Biosphere Program included the submission of a revised study on the Golija Nature Park in 2020, which included the first Biosphere Reserve in Serbia - BR Golija-Studenica, as well as preparations for the nomination of the first cross-border Biosphere Reserve in Serbia - "Tara-Drina" between Serbia and the Republic of Srpska (Bosnia and Herzegovina).

In 2020, through educational programs and the media, the Institute introduced its activities to the public. These programs and media release were related to the availability of information on the COVID-19 virus in nature, as well as on whether an increased presence of this virus in wild animal species could be expected. The activities of the Institute were part of the national educational campaign for responsible behavior and action in the emerging epidemiological situation. During the summer, information campaigns were aimed at acquainting the public with the values of protected areas, which were under great pressure from tourist visits during the year due to difficult travel conditions abroad, as well as at presenting the rules of behavior in nature to prevent degradation of space. 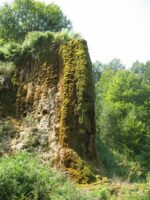